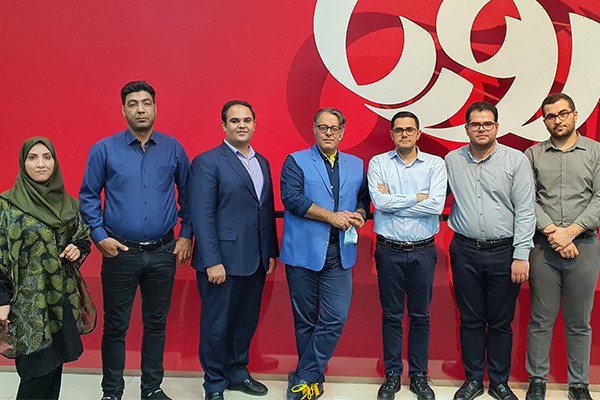 When, in 2017, AriaMedTour was born, little was known about medical tourism in Iran. Today, the story is different and Iran is becoming a favorite destination for health tourists thanks to efforts made by the likes of AriaMedTour to make the country’s health tourism known to the world. AriaMedTour has set the wheels in

When, in 2017, AriaMedTour was born, little was known about medical tourism in Iran. Today, the story is different and Iran is becoming a favorite destination for health tourists thanks to efforts made by the likes of AriaMedTour to make the country’s health tourism known to the world.

AriaMedTour has set the wheels in motion and became a trailblazer in Iran’s medical tourism by introducing innovative ideas, which were soon picked by other companies that wanted to follow the trail blazed by the start-up company.

Now with AriaMedTour making a name for itself and securing a strong foothold in Iran’s medical tourism industry in recent years, the company is drawing more attention than ever. During the last couple of years, the pioneering medical tourism company has been featured in numerous media reports and television programs, the most recent one being the TV show Karoya.

Karoya is a television program aired on the Iranian state TV’s Channel 1, where entrepreneurs and owners of successful start-up companies appear before a panel of experts to speak about their achievements and share their ideas in their respective business fields.

In January 2022, AriaMedTour’s CEO, Mohammad Nasri, and another staff member of the company, Reza Rastgar, appeared on the 9th episode of the program to talk about the company’s activities, accomplishments, and advantages over local and international competitors.

What gives AriaMedTour an Edge Over Rivals?

In response to a question from one of the hosts on the program, Mr. Nasri said that AriaMedTour has three main competitive advantages that set it apart from its competitors. According to him, the first is high-quality content produced in several languages. AriaMedTour is the only health tourism facilitator in Iran that has a website in English, Arabic, Russian, Kurdish, and Dari. This written content published on the website helps health tourism candidates learn more about Iran’s medical tourism in general, and the company’s services in particular.

Another main advantage of AriaMedTour, according to Mr. Nasri, is that the company has obtained all the government permits required to operate in the medical tourism field. AriaMedTour is the first company to receive a medical tourism facilitation certificate from Iran’s ministry of health. It also holds licenses from the ministry of tourism to offer services to international health tourists. “We’ve got licenses from four ministries,” Mr. Nasri says.

The third, and maybe the most outstanding, merit that makes AriaMedTour stand out among the many health tourism agencies that have sprung up recently is the company’s YouTube channel that contains hundreds of patient testimonial videos in which previous patients give their — often positive — feedback about their experiences with the company. This gives AriaMedTour an upper hand, as Mr. Rastgar says, not just in Iran but in the world.

Video testimonials are a great help for people who want to learn about the first-hand experiences of people who had medical or cosmetic surgery in Iran. Having provided services to patients from over 70 countries, AriaMedTour has tried to build up a large collection of testimonial videos to help other people get access to the experiences and opinions of those who have traveled to Iran for medical tourism. This helps to clean up the falsely tarnished image of Iran in the world and helps other people seeking quality and affordable cosmetic and medical treatments in Iran make an informed decision.

A BETTER LIFE FOR PEOPLE, TOP PRIORITY FOR ARIAMEDTOUR

Making people’s lives better matters a lot to AriaMedTour. Nothing can compare with the confidence and happiness that people get after having a problem fixed in their bodies. “Offering a solution and creating a value is our number one priority [at AriaMedTour],” says Mr. Nasri. “Health tourism, apart from creating jobs for Iranians, helps people who need medical services for a better life or those who need cosmetic surgery to live a life with less mental distress, improving their quality of life.”