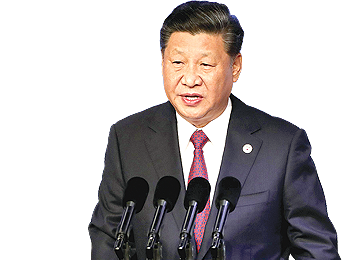 Countries that embrace protectionism are "doomed to failure", China's Xi Jinping has warned in a veiled swipe at the US's America First policy.
Xi was speaking at the Asia-Pacific Economic Cooperation summit, where US-Chinese tensions are likely to be center-stage.
US Vice President Mike Pence later said he was prepared to "more than double" the tariffs imposed on Chinese goods, BBC reported.
The two countries have been engaged in a tit-for-tat trade war this year.
Both sides have said the tariffs, already totaling billions of dollars, can still be increased.
However, Xi appeared to warn against any further escalation of tensions between the two countries.
"History has shown that confrontation, whether in the form of a cold war, a hot war or a trade war, will produce no winners," he told leaders gathered in Papua New Guinea's capital, Port Moresby, for the summit.
"This is a short-sighted approach and it is doomed to failure," he added.
But Pence, who spoke at the forum directly after Xi, said the tariffs were a response to the "imbalance" with China.
"The United States, though, will not change course until China changes its ways," he said.
His comments come a day after President Donald Trump told reporters he was confident a deal between China and the US "will be made".

China v US: Not Just a Trade War

The trade war between the US and China is not just about trade. Consider what US Secretary of State Mike Pompeo said about the world's second-largest economy during a recent trip to Latin America.
"When China comes calling, it's not always to the good of your citizens. When they show up with deals that seem too good to be true, it's often the case that they, in fact, are," he said.
The reference to deals was a thinly veiled attempt at punching holes in Beijing's One Belt One Road program—a $124 billion Chinese project aimed at facilitating trade and investment links between Asia, Africa, Europe and beyond.
It was first unveiled by President Xi in 2013 and has largely been seen as his baby, but is seen by critics as part of China's plan to increase its global influence.
The program has come under fire recently for what some have called "debt diplomacy", implying that when you do a deal with China, you end up in debt.
Analysts say the US pressure on Beijing has empowered other countries to speak up against China when in the past they would have kept quiet. Sri Lanka, Malaysia and even Pakistan have all expressed concerns about the program.
And China isn't just facing American criticism on the Belt and Road program.
Take the comments from the US Defense Secretary James Mattis at this weekend's Association of South East Asian Nations defense meeting, for instance. He criticized the militarization of South China Sea.
The comments by Pompeo and Mattis should not be seen in isolation. They are part of what many observers have told me is an increasingly aggressive narrative on China from the Trump administration on pretty much every front.
While the US sees the trade war as an opportunity to right the wrongs it believes it has suffered at the hands of China for decades of unfair trade, Beijing sees the trade war as the Trump administration's attempts at curbing China's rise.
So even if the two sides come to some sort of a resolution on trade, which is highly unlikely at this point, this is not a conflict that is going to disappear. Neither side is going to give in quickly. This is just the beginning. 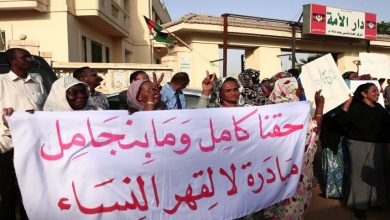 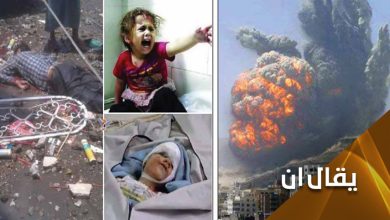